Tony helps us to understand the Citizen Arrest Law

Tony helps us to understand the Citizen Arrest Law 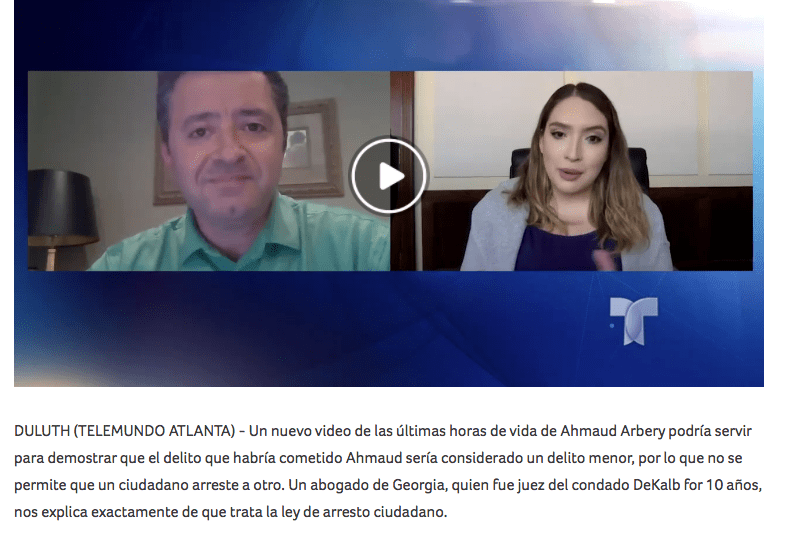 Lawyer Tony DelCampo was recently interviewed by Telemundo Atlanta news to talk and explain to the their audience about the law of citizen arrest. This issue is very important to our community because any minority could be the victim of aggression, or unjustified arrests. After Ahmaud Arbery‘s murder, people are taking legislation in Georgia more seriously. Lynchings, racial hatred crimes, and police immunity will be the goals to be pursued by organizations for social justice.

We recommend that you watch this section of the Luis Estrada newscast, where Tony talks to Joseanett Diaz-Sanchez about the specifics of the law.

Attorney Tony DelCampo served as a judge in the DeKalb County State Court for almost a decade and has been considered one of the most respected judges in the state. At DelCampo Grayson Lopez we help people in personal injury cases where victims suffer serious injuries due to the negligence of others.